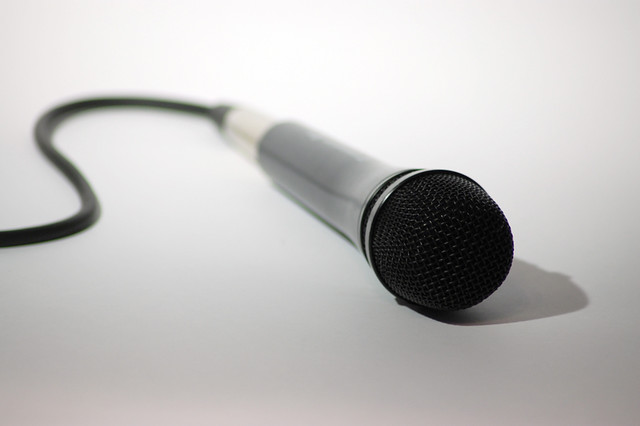 Thanks for many excellent questions last night. I've picked out one that asked for more background that I hope will keep us thinking about how the whole book fits together, and one that asked about what this looks like in practice.

First, this is clearly a section. 19:20 is one of 5 clear big section markers given by Luke, and 18:23 has Paul in Galatia strengthening the disciples, before turning to something different in 18:24. Within 18:24 – 19:20 there are internal links; for example 19:1 mentions Apollos again, and 19:3 gives the disciples a related issue to Apollos'. Second, there's a pattern of fixing problems/getting ready for the next big push at the end of every big section.  Like several of them, this one seems to be particularly focused on internal problems.

The big section breaks are 6:7 (word), 9:31 (church), 12:24 (word), 16:5 (churches), 19:20 (word). Each time in the proceeding chapters we cover a part of the journey from Jerusalem to Rome, we have one significant speech, and we end with external or internal difficulties and their resolution.  Here's my best guess so far, I'd love other people's help on refining it:

--> 9:31 – Out of Jerusalem to Judea and Samaria; speech=Acts 7; I'm least clear about the problem resolution here. The opposition from Hellenist synagogues (that begins as far back as 6:9) is resolved by the conversion of one of their most significant inquisitors (9:29).  Alternatively 'how will we get the gospel to Gentiles?' could be the problem, and 'the conversion of Saul' would be the answer.

--> 12:24 – To Gentiles for the first time (stage one of 'to the ends of the earth'); speech=Acts 10; problem is external persecution in chapter 12, and God's ability to triumph despite it, even in the broader geographical region that Herod rules (i.e. the gospel is ready for the next big jump in territory).

From Acts 18:1-23, to what extent is facilitating the speaking of the gospel (i.e. financial support, providing housing) the same as or equal to speaking the gospel? Is one more important?  PLUS Last week you told us to not stop speaking until stopped, but then told us we weren't any of the characters who spoke (Paul or Silas/Timothy). Clarification please?

Thank you very much for the questions.  I didn't mean to be unclear, but I can see how the point got lost in a flood of characters.

This is an issue every time we read the bible. We want to apply to us rightly, in a way that doesn't pretend we're in the exact same situation as the main hero of the passage, but we do want to apply what God is saying. The rule I try and stick to is: 'This passage applies to us in the exact same way it applied to the first readers... to the extent to which we are in the same situation as them'. For example, if you live after Jesus you don't have to sacrifice bulls and goats, not because God's word doesn't apply, but because you aren't in their situation.  Or another example, if you aren't the anointed King of Israel with a promise that God will protect your nation from physical harm then you should be cautious going out to fight giants armed only with smooth stones.

I think we are to speak AND facilitate speaking. There aren't loads of examples of non-apostles speaking in Acts (though see 8:4 & 11:19-21) but it's pretty clear it's going on all the time.  Acts 4 would be a particularly helpful example: the apostles have been arrested, then they pray with the church for help, and ask for the Lord to grant boldness to 'your servants to continue to speak your word with all boldness' (v29). Does 'servants' only mean apostles? No, v31, 'they were ALL filled with the Holy Spirit and continued to speak the word of God with boldness.'

I don't think anyone gets to decide that their forte is facilitating speaking as if that got us off the hook of having to speak ourselves.  Everyone needs to speak, and everyone needs to facilitate.

There are several striking examples of facilitating speaking.  I wanted to focus there in chapter 18 because otherwise we look at the headline character in every incident and miss how much there is in Acts about other characters.  It would be a great use of a Saturday afternoon to read through the entire book and make a list of all the characters like Crispus or Titius Justus and what they do.  That's why I spent time there, because we wondered if we hadn't given enough time to people like them.  As they put their homes, reputation and businesses on the line I can ask myself whether I'm too comfortable in my speaking and facilitating of others speaking.