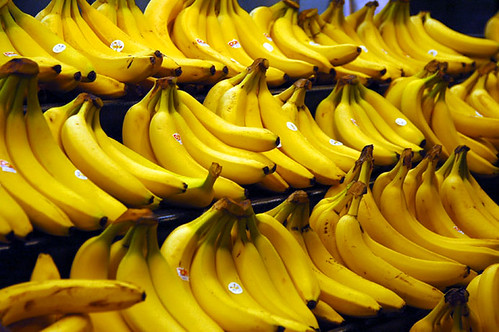 Quadriplegics healed, walking on water, storms calmed and seas parted. The Bible contains many accounts of miracles supposedly reported by eye-witnesses. But could miracles really happen? Aren't they scientifically impossible? Dr Andrew Sach, who has a degree from Cambridge and a PhD in Neuroscience from York University, suggests a way forward in the debate.

The argument goes like this: science proves that miracles are impossible, because they contradict the laws of nature. The Bible contains miracles. Therefore the Bible cannot be historically accurate. It sounds like a knock-out punch. But the logic isn't as watertight as it might first appear. Science observes consistency. It studies repeatable, observable events, and attempts to describe and explain them. You drop a banana from your bedroom window, and it accelerates towards the ground at 9.81 metres per second squared, give or take a bit for wind resistance. You drop a banana from the top of the London Eye (because you're a scientist and this is an important experiment, as you explain to the puzzled tourists), and it accelerates at 9.81 metres per second squared. It's always the same for the banana dropped from different places on earth. It's a law of nature. Laws of nature are based on what we observe. They tell us what is usually the case, what has been the case for every banana dropped so far in human history.

But they cannot prove that there will never be an exceptional banana. There's nothing, in principle, to stop God who chose 9.81 metres per second squared as the optimal acceleration of bananas one day adding a couple of zeros to the underlying gravitational constant and causing chaos in greengrocers the world over. Sceptics are fond of quoting the Scottish philosopher David Hume (1711-1776) who argued against miracles in his Enquiry Concerning Human Understanding. But what they often don't realise is that, in this same essay, Hume attacks the principle of induction, one of the foundations of modern science. Inductive logic requires that the future be like the past; it assumes tomorrow's bananas will behave the same as yesterday's, and therefore the laws of nature formulated yesterday will work for tomorrow. But Hume asks, ‘How do you know this? Why should the future be like the past? What logical argument can you give to underpin the assumption?' The atheist has no answer.

Ironically the Christian does have an answer: God likes order. He sustains his universe in a uniform and consistent way. That's why you can get the same results from banana experiments conducted on different days of the week, in different laboratories around the world. That's why science is possible.

God is kind to greengrocers. He doesn't mess with the acceleration of bananas. It's not His habit to tweak the laws of nature just for fun. But (and here's the crucial point) there's nothing in science to tell you that He couldn't make an exception if He wanted to. And the whole point about miracles is that they are exceptions. If quadriplegics regularly picked up their mats and walked home, how come the crowd in Capernaum had ‘never [seen] anything like this?! (Mark 2v12). If it were easy to walk on water at room temperature (we're not talking a frozen lake here), how come the disciples were ‘terrified' when they saw Jesus do it (Mark 6v49-50)? If the Red Sea were in the habit of parting to allow safe passage, why did the Israelites think that they had been cornered by the Egyptians (Exodus 14v10)? They were just as surprised to see a miracle as we are to read of one. What should a responsible scientist do with a miracle claim? She should investigate the evidence! And if there is evidence that the laws of nature are being broken, shes hould ask herself, ‘What is the God who made the world and controls nature and who normally wouldn't allow something like this to happen trying to tell me?' The one thing she shouldn't do is reject the evidence because it doesn't fit with her faith in atheism. That would be very bad science.

Adapted from Dig Even Deeper, published by Inter-Varsity Press 2010, used by permission.