What are you saying? 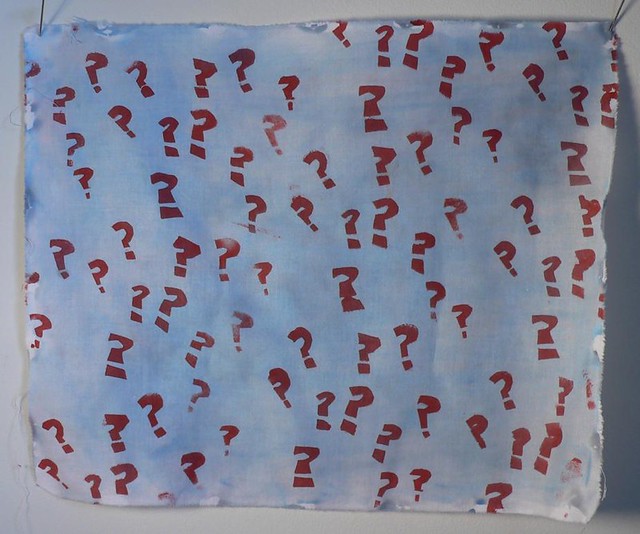 Finally! You've managed to squeeze into a conversation at work the fact that you went to Bible study last night. Then your worst nightmare happens. The person you're talking to asks the most difficult, controversial question possible. Everyone around the coffee machine pauses as they listen to what you're about to say. And you don't have a scooby what to do next, and are fairly sure you're going to look like a loser whatever you say.

So what if you could diffuse the tension and turn it into a meaningful conversation? It's possible! Here's the strategy: Ask a question back. Let's go through it step by step.

STOP! When someone asks you a difficult question or raises a controversial topic stop yourself from answering them immediately. You don't know why they've asked that question or what they're hoping to get out of the conversation. Realising that you don't have to come up with a genius answer in the moment is massively liberating. It gives you a chance to slow down the conversation and work out what's really going on. But if you're not going to give an answer, what should you do?

ASK! Ask a question back! What kind of question? Anything that helps you to explore the person's worldview. The simplest and most useful thing to do is say ‘That's interesting. Why do you ask that?' How they respond will give you insight into what's going on. Do they think it's a knockdown argument against the Christian faith? Is there something in their life that means it's actually of personal relevance? Are they confused by something a Christian has said in the past?

LISTEN! Listen carefully to what they're saying. Ask follow up questions that help you understand them. Acknowledge when they've asked a question that is genuinely difficult or raised a sensitive topic. Be honest about how you feel about the question. The aim is to show that you understand, and turn the conversation from one of potential conflict into a genuine discussion about the gospel.

ASK! Time to ask a different kind of question. If you've had a good time exploring what's going on behind their question, ask your friend something that makes them think. You could ask them what difference an answer would make to them. If they say that it wouldn't make a difference then you know not to get into a big ding dong about something controversial - they're not looking for an answer. You could ask them something about the gospel: ‘Have you ever given any thought to the fact that Jesus was a real person?' Finally you can ask them if it's something they'd like to talk more at another time; keep the door open for future conversations.

There is, of course, no silver bullet when it comes to sharing the gospel. It is hard, because like all of us before Jesus helped us see, people are spiritually blind and are by nature opposed to Jesus. But there are some things we could do to turn potentially high voltage conversations into something more meaningful and productive.

If you want to learn more about this type of conversation I recommend you get a copy of Questioning Evangelism by Randy Newman.