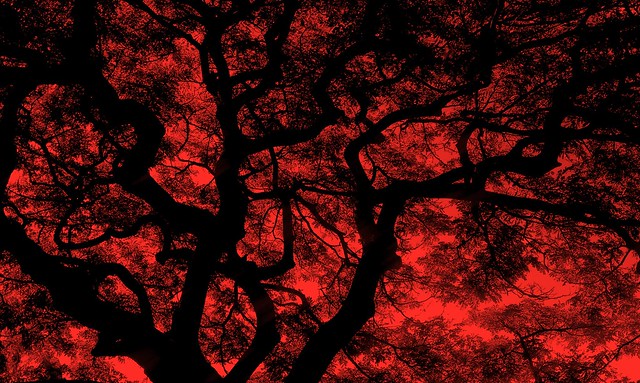 Chris Brown's a member of the 6pm congregation. He goes along to RML Mark (Thursday). Here he reflects on Sunday evening's sermon.

But he is a defeated enemy. Jesus made sure of that at the cross. Jesus' blood means Satan has no grounds to accuse you or me.

So be warned. Satan is angry.

Having failed to destroy Jesus, Satan makes war on Jesus' followers. He wants nothing more than for us to give up being Christians. How? He does everything he can in every situation: a violent, anti-Christian regime; a comment from a work colleague to tone down the ‘Jesus talk'; false religion; or through the introduction of false teaching into the Church. The list goes on. From the extraordinary to the mundane, Satan is terrifying, his power looks unstoppable. He's the great deceiver, many will follow him.

But Revelation 13:10 brings a call for the endurance and faith of Christians in this time of Satan's tyranny. The time until Jesus returns. So how does knowing that Satan is furiously at war with Christians help me endure in the faith?

If we see the world the way God does, we'll be much more equipped to survive as Christians. In the Bible, God speaks with the authority of the sovereign creator of the world. His perspective is, unsurprisingly, bigger than ours. So when He says we're under attack, we ought to listen! It's dangerous not to. How much more vigilant and on our guard will we be, knowing that Satan is an enemy doing all he can to make us want to give up on Jesus? Will we not flee temptation all the more when we know that Satan's always trying to make us stumble? Won't we strive to protect ourselves from false teaching more urgently by working hard at being clear on the gospel, when we know that Satan is trying to lead Christians astray?

If we see the world the way God does, we'll see Satan is a defeated enemy. Where Revelation 12-13 really hits home is how we view what goes on around us. If all we see is false teaching and persecution making life as a Christian unbearable, then we'll give up. But if we see them as God does, as the work of Satan, then we will know they are happening because he is a defeated enemy. An angry, dangerous and powerful one, but ultimately defeated by Jesus.

In Revelation 12:10-11 John says "Now the salvation and the power and the kingdom of our God and the authority of his Christ have come, for the accuser of our brother shas been thrown down....And they have conquered him by the blood of the Lamb and by the word of their testimony, for they loved not their lives even unto death."

God's will for us is that we love our lives on this earth so little, that we're able to endure whatever Satan throws at us.

Be alert - Satan wants you to fall away. Be encouraged - Satan is doing his worst because he has lost, his time is running out.