The hard question of suffering 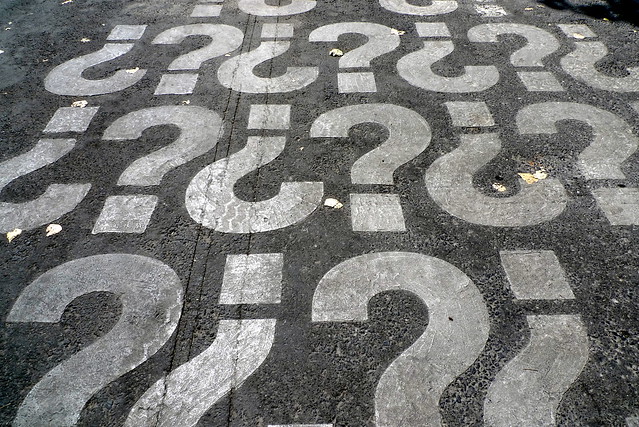 As you try to tell you friends about Jesus, do they ever throw difficult questions back at you? Questions like how can God allow suffering? Here Joe Tandy helps us think through an answer to that particular question. As you read through, why not use the opportunity to look up the Bible references, to think through his helpful pointers, and to get ready to answer the question next time it comes up!

That's how God's track record makes him look. At least, according to Stephen Fry. For Fry and many others it's the knock down argument. A world that's home to the Zika virus, congenital illnesses and barrel bombs apparently isn't one a good God can squeeze into.

And maybe, like me, you've found yourself breaking out in a cold sweat when someone's hit you with the ‘God and suffering' question.

Which is a shame, because the more I think about it, the more I'm convinced that this question offers a clear path to the gospel. Here's the briefest suggestion as to how to seize that chance. First, two quick pointers:

Questions about suffering are often loaded questions. If some has just lost a family member or been diagnosed with a serious illness, the worst thing we can do is give the impression that we're trying to minimise their pain for sake of theological point scoring. Be sensitive, and ask yourself what might be the question behind the question.

Aim to get to the gospel

I'm often so freaked out by questions about suffering that I botch my chance to get to the heart of the Christian message. And this is a chance on a plate. Don't get side-tracked by theological nitpicking. So here are my two cents-worth regarding what you could actually say.

"How dare [God] create a world in which there is such misery that is not our fault?," Stephen Fry asked. But here's the catch Steve - it is our fault. Not in the sense that I'm sick today because I sinned yesterday. Rather in the general sense that God's cursed this world because humanity rejected him. Our world isn't as it should be. But crucially, that's our fault for rejecting our maker. (Check out Genesis 3:17-19 for the back story.)

2. Jesus suffered for our sin

Yet God has offered a solution to this messed up world. He's tackled the problem at the root - sin. Suffering came into the world because we rejected God. Jesus suffered in our place to bring us back. (Check out 1 Peter 3:18 - a "Two Ways to Live" memory verse!) There's more...

3. Jesus suffered to offer hope of a world without suffering (Romans 8:18)

We're right to think there's something awry with this world. God thinks the same. So one day he'll make a new world...without the suffering. A world so awesome our present sufferings will pale into insignificance. And those who trust in Jesus are guaranteed to live there. This isn't to diminish how hard life may be right now. It's precisely because it's hard that we're right to look for a day when God will put things right.

And though the gospel may not tie down every last question, it explains why the world is as it is, and crucially, it offers the hope we all really want.